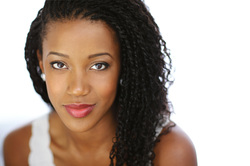 -Filmed a national cable commercial for Certain Dri antiperspirant.  Please view it HERE
-Filmed a training video for Price WaterhouseCooper
-Read the role of Myrna in Myrna in Transit by Angela Hanks as a part of Bloodworks at Ensemble Studio Theatre

-Filmed a PSA for the ACLU regarding Voter-ID laws

-Performed in the musical Harpoon'd by Eric March and directed by Jeremy Bloom in the Asking for Trouble Festival with the Youngbloods at Ensemble Studio Theatre
-Participated in a staged reading of an excerpt from Detroit '67 by Dominique Morisseau for the Stavis Award ceremony at The Player's Club.  The play will be co-produced this season by The Public Theater, The Classical Theatre of Harlem and The National Black Theatre

-Performed the role of Myrna in Myrna in Transit  by Angela Hanks directed by Chuck Patterson as part of the Unfiltered Festival at Ensemble Studio Theatre.  Tickets are available HERE

-Performed the role of Ruth in A Raisin in the Sun at the Clarence Brown Theatre in Knoxville, TN under the direction of Woodie King, Jr.

-Staged Reading of To Kill a Mockingbird in Jackson Hole, WY with the Off-Square Theatre Company 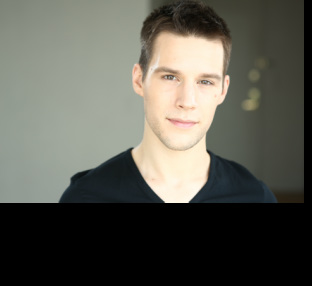 -Played the role of Joey in A Steady Rain written by Keith Huff and directed by Pat Payne at the Pagosa Springs Center for the Arts in Pagosa Springs, CO.  Read the Durango Herald review HERE that praises Craig for his "soulful intensity."

-Played the role of George in It's a Wonderful Life at the Pagosa Springs Center for the Arts in Pagosa Springs, CO. Tickets are available HERE.
-Currently on location in Tuscon, Arizona filming the role of Wayne in the Epiphany Pictures film, Cowboys and Indians, written and directed by Ian McCrudden
-Played the role of Trevor in Jeff Talbott's The Submission directed by 2013 Tony Award winning producer, David Elliot at the Olney Theatre Center in Olney, Maryland-Became a member of the Actors Equity Association
-Will be playing Stevie in the Pagosa Springs Center for the Arts production of Good People
-Staged Reading of To Kill a Mockingbird in Jackson Hole, WY with the Off-Square Theatre Company

-Directed a 10 minute performance of BUBBA  written and performed by Michael Thomas Walker at The Cherry Lane Theatre as part of the All For One Festival
-Taught at McCarter Theatre's outreach program for the fall and spring semester.-Directed BUBBA written and performed by Michael Thomas Walker at Miles Square Theatre October 6, 2012
-Directed BUBBA written and performed by Michael Thomas Walker at Theatre Row Studios October 25, 28, 2012 as part of The United Solo Festival.  An additional performance was added Sunday, November 11th.
-Worked with dance company Bodyart on their Fall piece LOFT and their tour in Texas
-Taught as a guest artist through the McCarter at a Princeton, NJ elementary School
-Assistant Director to Leah C. Gardiner on A Raisin in the Sun starring Tonya Pinkins as Mama at Rutgers Theatre Company, Mason Gross School of the Arts.
-BUBBA won Best Variety Show at the United Solo Festival Award Ceremony
-BUBBA had a November 18, 2012 performance at Mile Square Theatre all proceeds benefited rebuildhoboken.org
-Worked in an elementary school in Princeton, NJ as a guest artist
-Assistant Director on HOLIDAY JUBILEE at Crossroads Theatre
-BUBBA went to Alabama for a residency and performances January 13-21, 2012 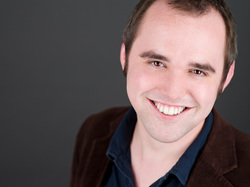 -Played the role of Blue Dog in Mile Square Theatre's production of Go, Dog! Go! by Steven Dietz and directed by Paula Ohaus. The production enjoyed a sold out run and a wonderful tour of New Jersey's public school system.

-Appeared in Shotz and Ladders written by Jamie Menzies, directed by Richard Aven, and produced by Amios Shotz! at Under St. Marks.

-Sam is currently developing an original web series based on his experiences in the cut-throat world of office reception and temp agencies. Follow along on Twitter @MrReception 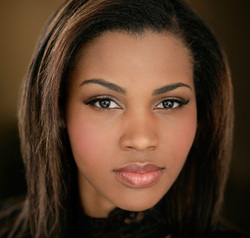 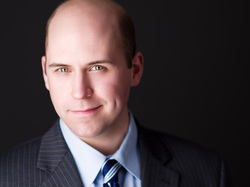 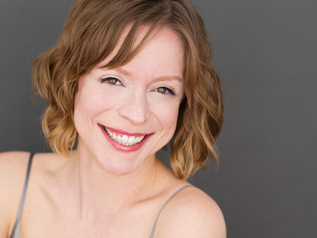 -Faye in How I Learned to Become a Superhero at the  Apothecary Theatre Company, directed by Chris Klinger. 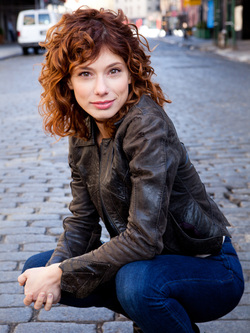 – Sarah attended the 10th annual Animation Block Party, where Bridge Wish Love, the short she stars in premiered. The short was also accepted into an exciting west coast film festival. Details to be announced, as the information is not yet public.
– Sarah was cast in “Parlour Song” by Jez Butterworth with the Quantum Theatre. The show will go up this fall in her native city of Pittsburgh.
– Pleased to announce that “Bridge Wish Love” made it into the official selection of Brooklyn’s Animation Block Party. It will screen Friday night, July 26th. Further details, including ticket information, can be found here
– Check out the teaser for the animation short Sarah made “Bridge Wish Love” here

– Sarah opened the US premiere of “Stop the Tempo” by Romanian playwright Gianina Carbunariu. A site-specific spectacle at Arlene’s Grocery, the show is produced by the Origin Theatre Company and opens May 26th. Check out the announcement on Broadway World. And the trailer here
– Sarah filmed an internet commercial for Advil PM.
– Sarah’s working on a short film with some Rutgers grads. More details later.
– Sarah recorded a Dunkin Donuts radio commercial – she loves doing voice-overs!
– Sarah filmed the lead role in a short animation film called “Bridge Wish Love”. The film is shot live-action and then rotoscoped. Check out the drawings here
– Sarah filmed a principal role in a national commercial for Pandora jewelry – and now she is a proud member of SAG/AFTRA.
– Sarah was cast in the role of young Miss Julie in a staged reading of a new play by David Bar Katz written for Bastards of Strindberg, a night of 4 commissioned plays by the Scandinavian American Theater Company. The Four plays are written by American and Swedish playwrights in response to Strindberg’s Miss Julie.
– Sarah filmed a second ESL video.
– Sarah shot a funny scene for an English as a Second Language video.
– Sarah filmed a webisode pilot written by Carrie Louise Nutt.
– Sarah signed with Abrams Artists for commercial representation.
– Sarah filmed a principal role in a national commercial for Certain Dri deodorant.
– Sarah signed with agency Judy Boals, Inc..

-Directed the world premiere of Josh Billig's After the Circuit for the New York International Fringe Festival.

-Directed a staged reading for Luna Stage in New Jersey.

-Assistant Director for Amy Saltz with her production of Almost, Maine for Theatreworks in Hartford, CT.

-Directed a production of August Strindberg's The Stronger in Swedish for the Swedish Church of NYC.

-Directed the world premiere of Garrett Lander's How to Make a Robot for the Midtown International Theatre Festival.
-Directed two staged readings of new plays by high school students for RSAC in New Brunswick, NJ. 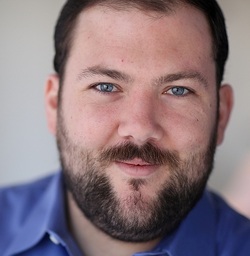 
-Completed a successful run of BUBBA in Tuscaloosa, AL.  Read the review HERE
-Finished shooting a comedy short, "That's So Cute" with Daily Fiber Films.  It is currently being submitted to comedy festivals. 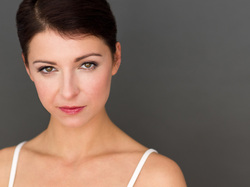 -Played the role of Julia in The Birds by Conor McPherson at The Mosaic Theatre in Ft. Lauderdale, Florida (November 15- December 9)

Thanks for visiting and we hope to hear from you soon! 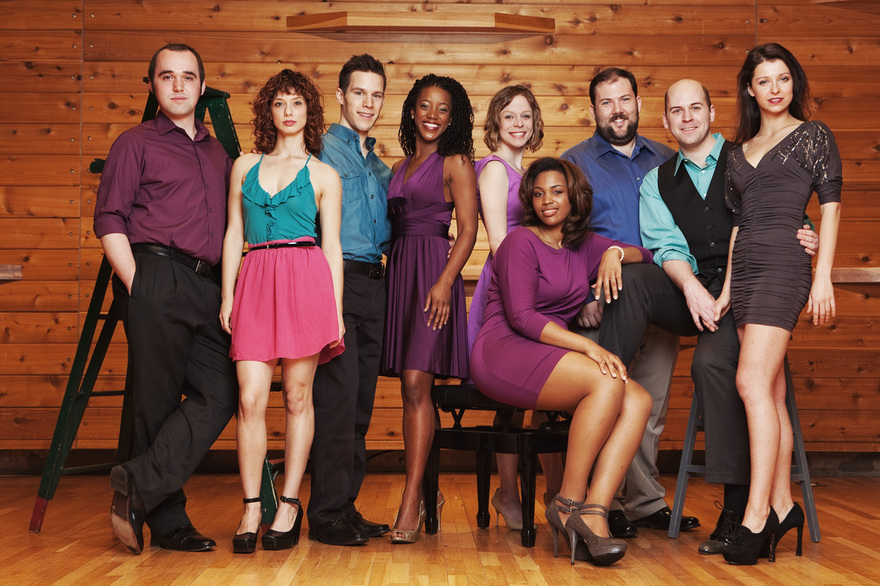